Undone by a blue Schwinn 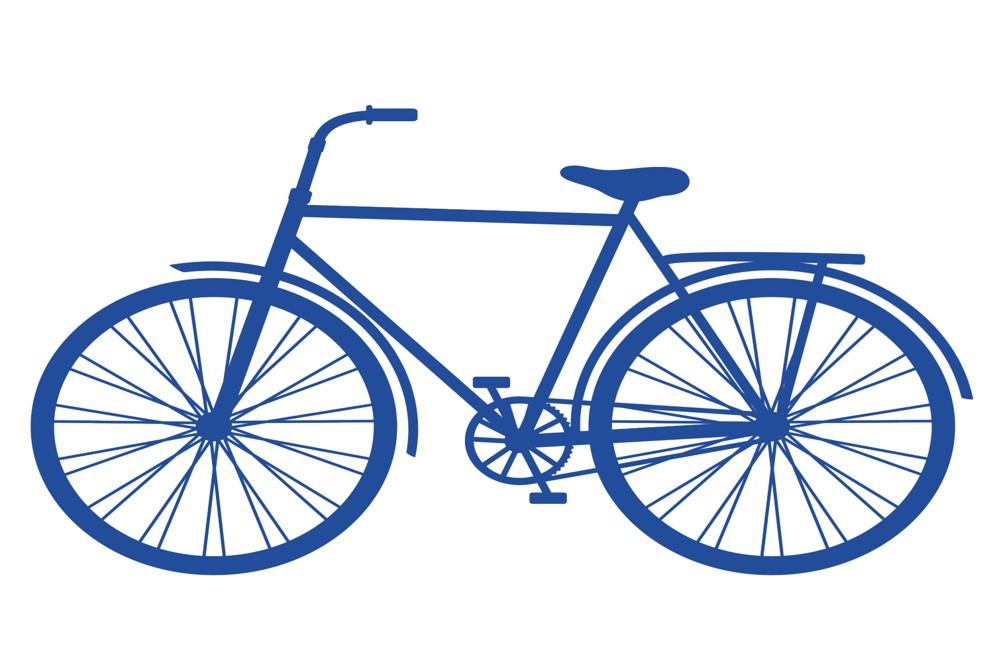 In 1955, when I was 9 years old, my father moved the family to Detroit, MI from Asheville, NC.  It was a sudden decision.  I came home from West Asheville’s Vance Elementary School one Friday afternoon and the following Monday, I was attending class at Burns Elementary in Detroit.

Detroit was a revelation to me. In my new neighborhood, there were lots of sidewalks, but no hills.  The landscape was flat.  Perfect for a bicycle.  Unfortunately, I did not have a bicycle.  And, I had never ridden a bicycle.  But, I knew that if I had a bicycle, I would be a wonderful rider.  In my dreams, I could see myself riding like the wind down Whitcomb Street all the way to Grand Rapids. Since my neighbor’s boys had Schwinn bikes, I thought I should have one, too.

So, I began a risky whine-campaign.  Risky because my father was not a patient man, and certainly not known to tolerate whining.   But, for some reason, the stars aligned and he caved without protest.  A few days later, he came home from work with a beautiful 24” royal blue Schwinn with chrome wheels and streamers connected to the handle bars.  It was an incredible, epochal event.  The heavens had opened and the angels sang.

Barely saying thanks, I hopped on the bike, and after a few experimental minutes of wobbling, began madly pedaling down the driveway, visions of grand touring in my head.  Life was good. I had a blue Schwinn, the wind in my hair and all was right with the world.

As I reached the end of the driveway, crossing the sidewalk, I realized I did not know how to stop.  In my most commanding voice I tried shouting “Stop!”  The Blue Schwinn, paying no attention to my commanding tone, darted headlong across the street (without looking both ways), into the neighbor’s drive way, unceremoniously ending my ride by colliding with the garage door.

As I lay in the drive way with my head spinning and my legs tangled in the spokes of the bicycle’s front wheel I noticed the choir of heavenly angels singing had been silenced, replaced by my father’s commanding voice, taking the Lord’s name in vain, asking why I didn’t use the, expletive deleted, brakes.

As I look back on this misadventure, I realize I had failed to think through the entire scenario.  In my dreams, I was always riding like the wind and never had to stop.  On that afternoon in Detroit, life intruded and I was undone by a royal blue, 24 inch, Schwinn, which was completely deaf to my commands.

This year is our company’s 45th anniversary.  Over those years we have attracted and kept clients who value our business experience and market savvy. They rely on us, before we start pedaling (and spending their money), to have the potential misadventures and figured out how to manage, if not completely avoid, them.  After all no client wants to dart across a street, willy-nilly and collide with a garage door.